In this topic you can vote for the Winter Stage Races, according to the following rules.

1 - You have to judge the track according to the requirements. This time I'll link the topic because it's too long to quote. Check the post
2 - You have to write in a post your best FIVE routes, from worse to best, providing a brief motivation for each choice

Who can vote?
- Every user that submitted a contest (full points vote)
- Every user in the La Flamme Rouge Staff (Emmea90, Pigna, Sagan99, Matthorse, Nasdon33, Linkinito, Bose12)
- Every user that has registered BEFORE 13 march 2018 and has at least 10 tracks in the editor. In this case, his votes counts half of the points scale

PLEASE ALWAYS SPECIFY THE VERSION OF THE ROUTE YOU VOTE FOR (1 or 2 WHERE AVAILABLE)
Software Engineer, Cycling Fanatic
Top

FIFTH PLACE Arnorius-V1
Very good Tour! I like particularly the stage with cobbles in Orchies and the arrival in Port de Larrau. Maybe 8 high mountain stages are too much and the Col de l’Iseran in stage 11 is too far from arrival..

FOURTH PLACE Antoninvds-V1
I really like your two Tour, mostly the first. The last stage in the Pyrenees is beautiful! Maybe too many stages equal to the real race 2018..

THIRD PLACE RdZ1201-V1
Beautiful race, maybe the arrival in Nancy is complicated for the space and in general only one Time-Trial versus 7 high mountain stages gives the climbers a nice advantage..

SECOND PLACE Bocmanis82-V1
Really an excellent tour! I love the stage in Landerneau and in Gap!! Maybe 3 Pyrenees stages immediately after the ITT is too much! You could have taken away the second one or put a flat stage in the middle..Anyway the stage in Argelès-Gazost is also super!

FIRST PLACE Pincoletto-V1
My favorite Tour. The idea of the arrival in Le Mans circuit is great, I love also the cobbles stage in Cambrai and the stage 9 (Grand Ballon). The stage with Alpe d’Huez is exaggerated but brilliant and the one with the Ventoux is crazy! Anyway I think it's well balanced. Excellent work!
Top

FIFTH PLACE: Xiky-V1
A good Tour with some great mountain stages, but to much TT kilometres for my liking 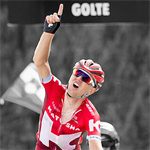 FIFTH PLACE: Arnorius-v1 -- I liked specially your first week, even though there are, for me, too many finishes for pure sprinters. The rest of the Tour isn't bad too, but there are too many mountain stages and most of them with top finish, some of them in passes where there's nothing in the top (Colombière, Madeleine, Larrau...). One of them is fine, but someone must pay the race

FOURTH PLACE: Belgian4444-v1 -- Something similar than Arnorius, but this time I miss something more for the sprinters, I see 4 stages + Paris, but two of them could have easily a different ending. Also I don't like finishes in Palhières and Tourmalet (to a lesser extent, as it's a mythical climb), even more when they have good options near for a more realistic and economical finish, because some village/ski resort would pay for the ending.

THIRD PLACE: RdZ1201-v1 -- Very well executed Tour, but, for me, there are too major mistakes: just one TT (and it's only 45 km, long, but not too many); and too hard mountain stages, even though most of them have courses that I really enjoyed.

SECOND PLACE: Bocmanis82-v1 -- Possibly the best balanced Tour of the contest, with some quite interesting stages. Despite this, the mountain is a bit monotonous, there are like 4 or 5 top finishes in quite long and steep climbs, and both Pyrenees and Alps "mountain blocks" hasn't any soft stage between the hard ones, so the riders might reserve for the last one and "smoke" (as we say in spanish, can't find a better word for it

) the previous stages of the "block".

FIRST PLACE: Chiumiento-v1 -- For me, the most varied of all the courses, and one of the best balanced too (even though I would like to see a bit more of TT, just 10-15 km more). Very well executed first week, maybe a bit soft, but well, the Tour I made is something the same, so nothing to object here

. The only thing I didn't like, as I said to Arnorius and Belgian4444, the finishes in climbs like Palhières or Portet d'Aspet, where there is nothing but, maybe, a little bar/restaurant/hostel in its top and aren't too mythical passes, so there's an excuse to finish there. But I find the rest of it very nice, congratulations

The final ranking is so the following one