Profile (Made by US)

It's the race everyone wait ... even if the route is shitty. Who is your favourite for the World Championships?
Software Engineer, Cycling Fanatic
Top

I think the race will be fast and boring. There won't be crosswinds because they could be done only in the first part and nobody will try it with 105 km to go.

You obviously can't do it in the circuit because of the continuously direction changements.

Sprinters are all rested since TDF, so conditions will be different from the rest of the season because they have to find again a "form peak"

I think Sagan is left out. He ride Euro and Eneco and is very tired. 1% chance for him.

Cav would be the #1 fav imho because of the 4 tdf win and the fact that Germany brings Kittel and Greipel together but with only other 4 men.
France is splitted in two teams. Half for Offredo, half for Demare

Italy... we sucks. Don't ever think for a second Viviani or Nizzolo can reach Podium

Spain: see Italy, but without second line sprinters. They usually do nothing at WC so they simply will make presence at this WC

A surprise name can be Kristoff but as Sagan he's not a pure sprinter and he prefer cold temperatures.

I only hope will be the last with a totally flat route. There would've been A LOT of easy World Champs and only Two hard World Champs (Florence and Mendrisio) in the last 15-16 years.
Software Engineer, Cycling Fanatic
Top

Cav could be the No. 1 of the favourites, but seems he is having some problems. He withdrew from GP Beghelli after 70 kilometers and skipped two races this weeks. Let's see how is going in Parigi-Tours for Cav.
Next year in Bergen another circuit for sprinters is expected.
Innsbruck 2018 will be the next hard RWC!
Completed amateur races: Amstel Gold Race, Maratona dles Dolomites, GF Pantani (now La Campionissimo), La Pantanissima and more...
Top 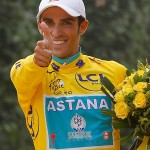 We have the best train. If we run like our juniores girls today.....
Querer es Poder!
Top

emmea90 wrote: There won't be crosswinds because they could be done only in the first part and nobody will try it with 105 km to go.

Very good race, better than what I expected, but a little boring on the circuit. IMHO could have been better with the desert portion longer and going towards West instead of North, favoring more crosswinds, and with only 3/2 laps of the circuit.
Top
Post Reply
6 posts • Page 1 of 1